The museum is housed in the listed gardens of the château where the Counts of Toulouse once lived. It is situated in a part of the compound which was formerly a convent built around 1870. Open to the public since 1985, the museum offers a themed visit.

The book of the Brotherhood of Saint Marc and examples of some of the tools used by the last quarrymen illustrate how the Beaucaire Stone was extracted from the quarries.

Indian headscarves,  jewelry made in Arles, furniture,  manuscripts written in “félibres” (a local Provençal language that was revived in the early 1900’s) which confirms the attachment the city has to its regional and Provençal traditions.

The pre-Roman period is illustrated by discoveries made in the Gallic cemeteries; the importance of the Gallo-Roman city, a stop-over along the Domitian Way, mentioned in an inscription to Titus Carisius. He was the Praetor of the Volques who oversaw the confederation of 25 regional oppida (fortified towns) whose capital was Nîmes.

The medieval history period is represented by a collection of objects that were discovered at the royal château of Beaucaire as well as remains from various medieval structures that existed in the town. 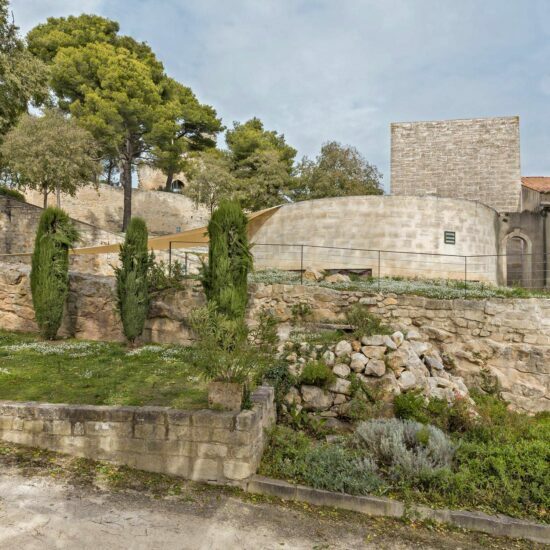