The Moissac Museum was gradually formed from the lapidary collection embryo organized by the Cloister Society in 1830. In 1929 and then 1937 the collection is enriched with miscellaneous works from the father Belbèze’s collection, prior of the monastery of the Carmelites of Rennes, who had acquired the Hôtellerie Sainte-Foy. The museum of Popular Arts and Traditions is officially opened in 1951 and took later the name of its conservator, a child of Moissac: Marguerite Vidal. In 2013, the ethnographic collections are stored for conservation purposes

The Moissac Museum presents a collection of statuary linked to the restoration work being carried out on cloisters at the Saint Pierre Abbey that dates from the year 1100. They are displayed in the chapels opening on to the cloisters and allow visitors to understand the evolution of Romanesque/Moissac sculpture from the eleventh to the thirteenth century.

The folk collection assembles items of clothing, ceramics, clay objects, furniture that relate to the history of Moissac and its population. It is shown as part of the temporary exhibitions.

The main part of the museum’s collections are stored,in the absence of a permanent exhibition space. It is regularly used for the creation of temporary exhibitions showcased in the Hôtellerie Sainte-Foy (ancient house of the abbot), especially during the summer season. 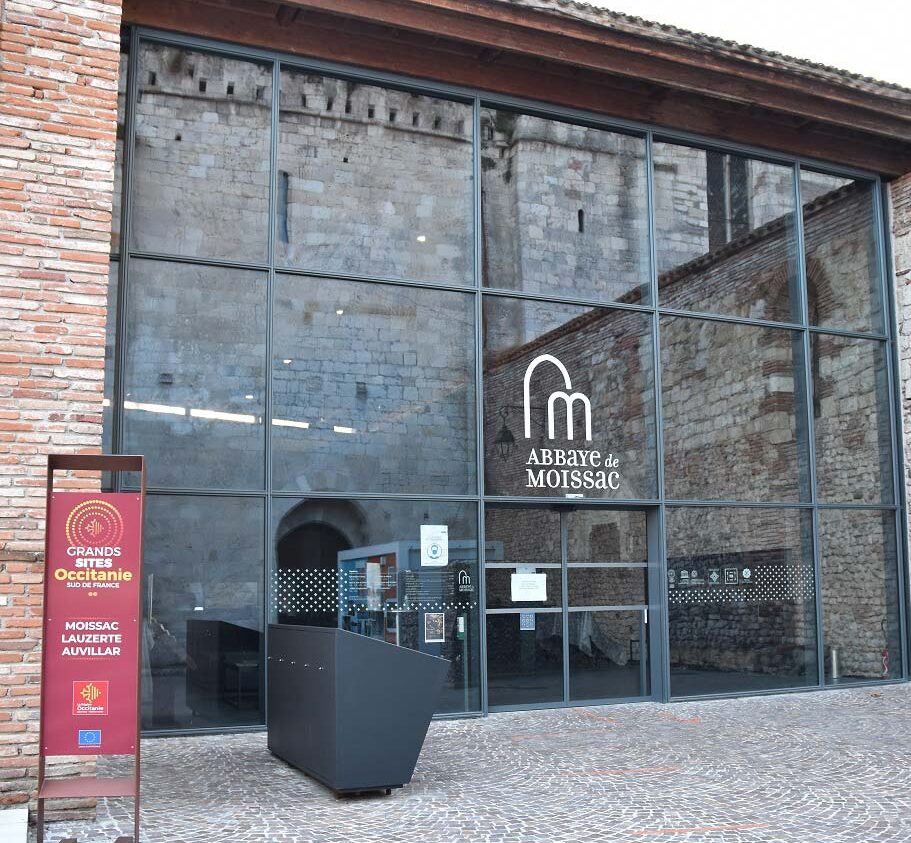 Abbey Opening Times (allowing access to the cloisters and some of the museum’s artworks on display within) :