The townhouse where the museum is based gives a rare glimpse into the interior space that the Countess of Saint Germain decorated at the threshold between the nineteenth and twentieth centuries. The rich reception rooms are decorated in the style of the time and display the tapestries produced in the seventeenth century by the Aubusson studios which represent the conquests of Alexander the Great.

The museum owns various objects that relate to the time Molière spent in Pêzenas notably the famous ²observatory² armchair in which he sat when he paid a visit to his friend the barber, Gély. 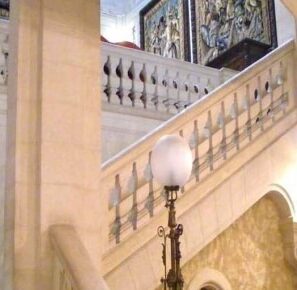 Due to building works, the Vulliod Saint-Germain Museum will remain closed until February 2021

From mid-February to mid-April and from 1 October to mid-November :

From mid-April to 30 September :

Closed 1 May and 1 November